We live in the information age, whether it’s  ‘Peeling A Banana: You’ve Been Doing It All Wrong!’ or Biggie Smalls educating us on the fact that “Miami D.C prefers Versache”, something we can all honestly admit we didn’t know. I wonder though how many in the tourism industry use available statistics to steer their businesses? Especially for the smaller to mid-sized businesses and operators for who(m?) resources have to be deployed in the most effective manner possible. I take you through the Kenya National Bureau of Statistics recently released Economic Survey covering the year that was 2015 in Kenya’s tourism with my thoughts and totally unsolicited opinions attached. 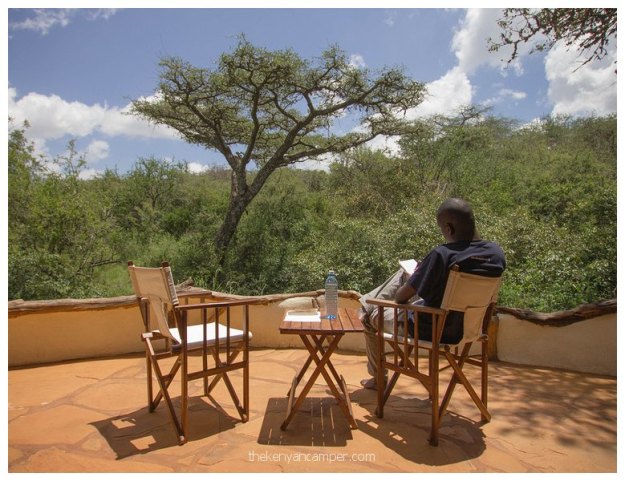 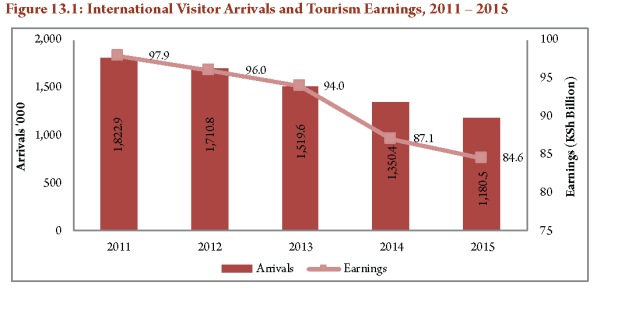 That international tourism continued it’s downward trend is no surprise to anyone, this has been the story for a few years now due to factors such as security concerns and the Ebola scare. International arrivals continued the slide between 2014-2015 decreasing by 12.6 % denying us much needed foreign exchange.

Our major foreign source markets continue to be Germany, United kingdom and Italy. However these numbers continue to drop across the board with Italy showing the biggest drop, by half! Italians ya’ll ain’t loyal. Malindi must be suffering man, this is where destination marketing comes in as opposed to leaving yourself to the mercy of travel agents.
But look how Kenyan locals come through big time (of course you know I had to mention this!) scoring a massive win for all locals, and expats we don’t forget you as well. Through the hard work of a lot of people, both in the government and private sectors as well as on an individual basis have continued to support the #TembeaKenya campaign. A market long ignored by the tourism industry continues to grow surely but steadily year after year. So why would your business continue to ignore them?

Here’s something I didn’t know, the average tourist stays for an average of two weeks in the country. This is where regional marketing comes in again as opposed to every tourism operation doing their own thing. How much of those two weeks can you get the visitor to stay in your region/county/establishment? Wonders of Watamu and Discover Lamu have been leading the way in coming together to sell their destination first as opposed to a single hotel and this has been paying of handsomely for them.

The occupancy graph above tells me two things. First as traveller the months I’ve highlighted show you the best possible times you can get great rates from places that might ordinarily be out of reach, take note of this.
Secondly, whoever came up with the narrative of ‘high’ and ‘low’ seasons on Kenya is an idiot. Most foreign tourists think that Kenya is closed for six moths of the year, this is just not on. We have a temperate climate here people, things don’t really change that much. The country is open all year round!
Sorry there’s a third, look at those occupancy rates at an average of 30%. Yes tourism has taken a major hit, but when you look at marketing efforts by many establishments especially in the social media space there is so much room for improvement. This partly the reason we the tourism product in Kenya is considered expensive, to remain solvent many places go the route of squeezing every last coin from the few visitors they get instead of looking for ways to increase occupancy.

By occupied bed nights Kenya’s beach product continues to be hardest hit, we’ve ridden on the ‘beach & bush’ product for too long and it’s come back to bite us in the ass. Must say I’m surprised by Nyanza, not a bad increase at all.
But holy hell Northern Kenya, what are you guys up to over there? Occupancy has more than doubled in the one year, the biggest jump yet. I have it on good authority Northern Kenya (this includes Laikipia) might soon be coming up with a destination product so this might a region to watch in the near future. I really hope the operators in this area buy into regional marketing instead of individual efforts, the power is in numbers. 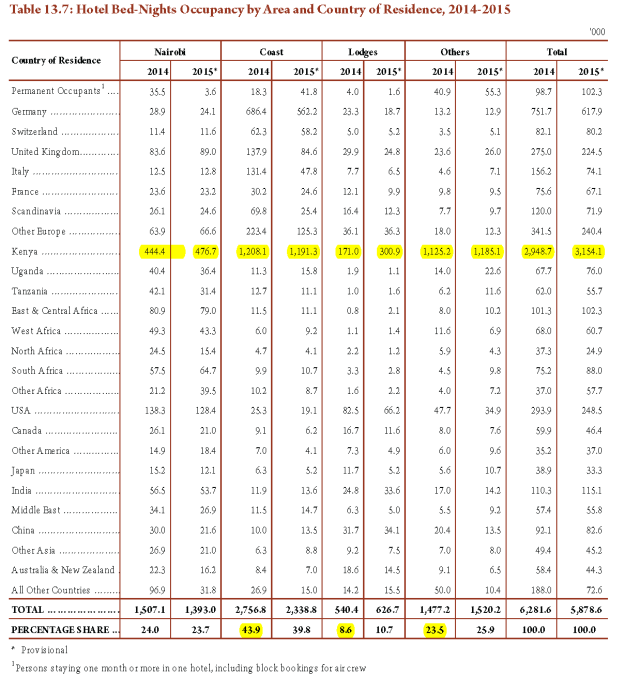 I love this chart especially for business owners as it gives a clear indication of who is travelling where. Once again let’s note that Kenyans now account for over 50% of bed nights. Let’s think about that for a minute, over HALF of the ‘bums in beds’ probably belong to someone sitting next to you right now. This is something that was unthinkable a few years ago, I just want to take a moment to all the nay-sayers who told me it could never happen. Haha, hopefully I won’t be eating my words next year…but I doubt it.

In game lodge occupancy East Africans continue to dominate in the growth sector, doubling in the period 2014-2015 and mitigating the decline by foreign visitors. This decline is party due to competition from neighbouring countries who do not charge V.A.T on entry fees. I am of the opinion our park fees for non – residents are a bit too high, pricing us out of the market.
Another interesting bit is the growth of the self-service in our parks by E.A residents, is this due to rising popularity of camping and self catering accommodation? Of course it is. At the end of the day, the market will choose a value for money product any day, and nothing beats camping as a way especially for young Kenyans to visit this country. Kudos to the many smaller tourism operators I see everyday pushing the camping product. 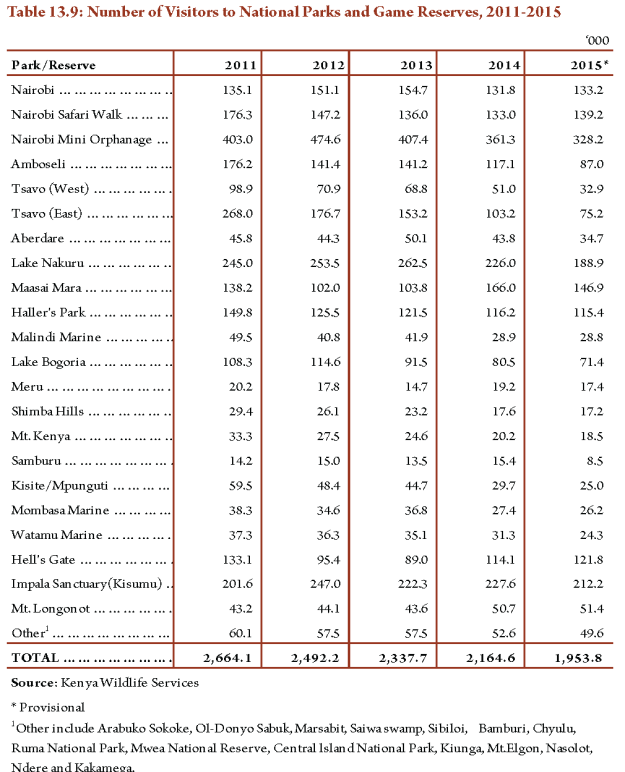 Even with the large increase in domestic tourism, the total number of people going into our parks continue to be depressed. Hell’s Gate and Longonot continue to improve, once again due to the increase in the hiking and camping option amongst locals. But low park attendance is not good news especially when it comes to matters conservation. Did you know that 80% of Kenya Wildlife Service’s income comes from park fees? So while conservation NGO’s continue to exclude local participation by having gala dinners with prince so-and-so and conduct donation drives in literally ‘any-other-country-except-the-country-we-are-operating-in’, as Kenyans let’s do our part and visit our parks. It’s really that simple.

The National Musem shows a remarkable increase after re-opening after renovations, Fort JKesus continues to be strong as well. However all other sites continue to drop in attendance probably as a result of the low foreign tourism numbers. For Kenyans museums are something  you do in school and thats the end of that, personally I love hanging around the National Museum and the Botanical gardens on a sunny afternoon.

So there we have it, thats what’s up in our tourism sector according to KNBS figures.  Domestic tourism continues to grow with lot’s of buy-in from locals and are now a market segment that casnnot to be ignored. As a business owner are you taking advantage of the information available to you? As a marketer are you identifying new trends in your industry and positioning yourself to take advantage of them? Or is it a case of ‘This is what we have been doing, these are our traditional clientèle blah blah blah?’ Same old story expecting different results?

Foreign tourism continues to be shaky and shows we really need to get out there and show the world that we are open for business, but HOW do we do this?  As a country we need to control our narrative by harnessing content creation as one of the pillars of our marketing strategy, not by sweeping the challenges under the carpet but by identifying what is good and special about this country. The social media space is an integral part of this, we need more travel writers, more bloggers more photographers, more film-makers out there telling the Kenyan story.

That image of a Maasai standing under an Acacia tree with the setting sun in the horizon? That’s not going to cut it much longer.

***All information and graphs contained here courtesy of Kenya National Bureau of Statistics. If you want to view the full tourism report click here. Tourism part begins on Page 207.***