“When you go back tell them we are here; we are waiting for them.”

Words  often heard from people in places in Kenya that have so much to offer the Kenyan tourism circuit but do not get the visitors, domestic or otherwise that they so richly deserve.   For some reason during my visit to Nandi County, this time they hit very close to home. Nandi is not only about tea, there’s much more to see.

Against all advice (and rightly so)  I was still determined to use the Mau- Summit – Londiani – Fort Ternan – Muhoroni – Chemelil Rd and finally climbing the Nandi Escarpment to Nandi Town.

To say that there is no road currently existing here would almost be too kind.

It was a bad ride; The Muse took this time to perfect the raised eyebrow look. More than once I considered turning back, adventure be damned.

The joke continues between Muhoroni and Chemilil. 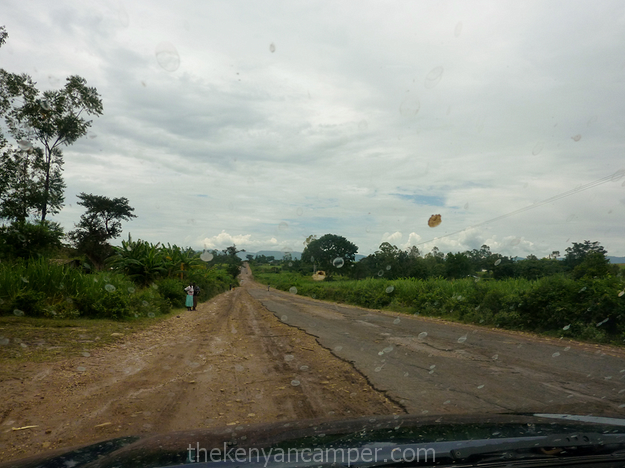 From Chemilil to Nandi Town the road gets slightly better as you climb the Nandi Escarpment, nice views back toward the sugar growing areas.

Do not use this route unless you are the adventurous type and have a sense of humor to keep you going.

Nandi Bears Golf Club are as elusive as the cryptid they are named after. I even started to doubt their existence, it took me 2 weeks to get a working contact for them. What’s even stranger is when you find the place it couldn’t be more beautiful and the members and staff there make you feel right at home, talk about hiding your light under a bushel.

Nandi Bears is a good accommodation option in Nandi town. Its a short 2 minute drive from Nandi Town or a 5 minute walk. There are three self – catering cottages on the very nice grounds. If memory serves me the price was 2,500 per person per night? I disremember.

2 cottages have fireplaces and firewood is provided. Hot water is provided by instant shower which will suffice as the place can get very cold. All linens and towels are provided. The rooms have TVs which are unwatchable either due to size, channel content or poor signal. Rooms are clean enough though. 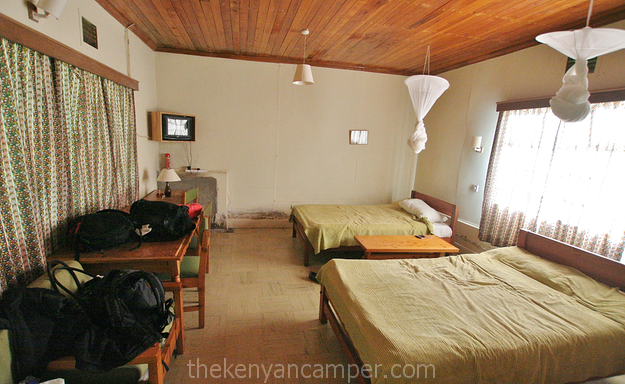 The cottages have kitchens if you decide to go the self – catering way but my advice is to eat at the main clubhouse, good food and drinks are available at very fair prices indeed. However aim to order at least 45min in advance.

The club is also home to the greenest greens on a 9-hole golf course. Strangely they also have a very well-kept rugby pitch. 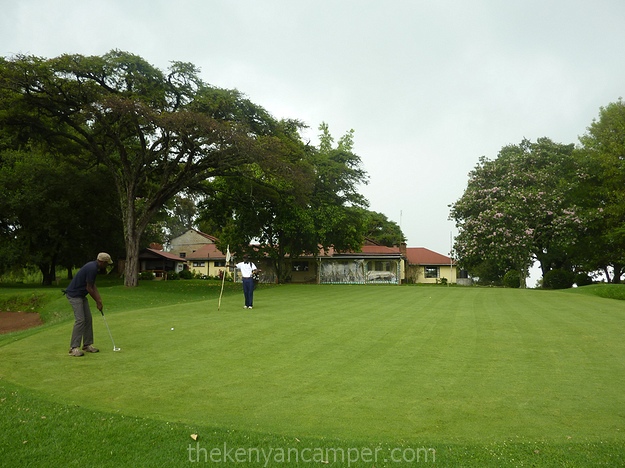 Nandi Rock is 60km away from Nandi Town, budget 1hr 30min at the minimum to get there.  Half the journey is on a good tarmac road and half on well graded murram roads.

Typical homesteads in the area.

Nandi Rock is part of the Bongoje Forest Reserve Reserve in Kaptumek in Nandi South District. The area was set aside for conservation as far back as the 70’s but it was only in 1994 that it was gazetted as a Forest Reserve.

I met Mzee Alfred Tum Chairman of the Kaptumek Nandi Escarpment Group Conservancy who gave an interesting talk on the history of the conservancy, the challenges and their plans for the future. I was very glad to hear that a high percentage are local tourists, good news in that regard. 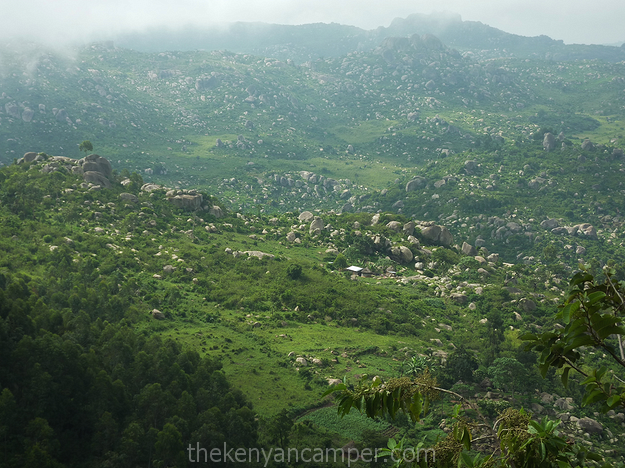 From the KWS station at Kaptumek it is another 30 min climb to the the Nandi Rock itself. The way up is rocky and as such open shoes are definitely not advisable. This is a bad photo of the rock, you cant tell how big it is. The escarpment along here was traditionally used for Sieu; a form of ritual suicide practiced by older members of the community. 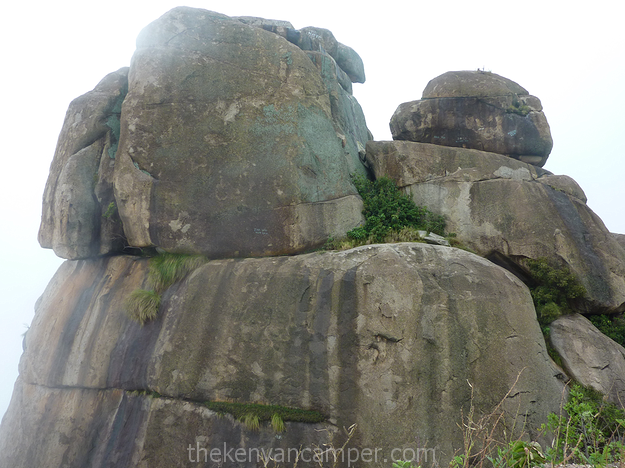 This short aerial video by Philip B. Bauer  shows what this area is all about. If nothing else on this page make sure you watch this.

Views all along the way of the Nyando plains towards South Nyanza,  the shining buildings of Kisumu City and Lake Victoria in the distance. There are also a few caves in the vicinity where apparently Koitatlel Samoei hid during the Nandi Resistance (debatable). The caves were also used to brew traditional beer (believable).

There is a campsite next to the KWS station can be arranged here but there are no facilities so campers are advised to be totally self sufficient. Camping is a good arrangement for those wishing to catch the sunrise or sunset from the viewpoints. Security is good and is no cause for concern.

Lots of talk about opening the Western Circuit, very little action. Its a shame especially where communities have already organised themselves and are ready for any assistance from the National or County level. The Kenya Wildlife Service has gotten the ball rolling by setting up a base here to assist in keeping the reserve free of encroachment ably manned by Sergent James Ondieki, Nancy and Paul, which is a good start but more is required to put such tourism sites on the Kenyan map.

That being said it all begins with you who is reading this article.  As Kenyans we should not  have to wait for wait for glossy brochures, fancy websites or slick sales pitches to arouse our interest in travelling, this country is full of hidden treasures, we just have to seek them out. Mzee Tum is waiting.

To read more on the mythical Nandi bear, see here.

8 thoughts on “Nandi Hills – Much More Than Tea”